Beaufriends Back drafted methodically, picking one of each position, then filling the front and backs leaving mids til last. Also identified the lack of defenders and picked them in rounds 1, 5 and 7. Made the mistake of mixing up M.Hibberd (ESS) and M.Hibberd (NTH). 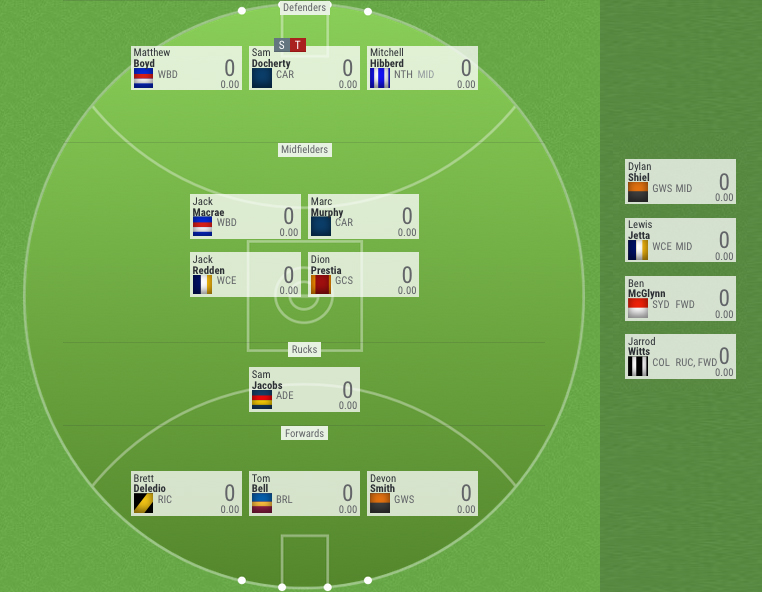